A cerebral vessel blood flow study for patients at risk of stroke.

What is NOVA qMRA?

NOVA quantitative MRA employs a powerful principle in magnetic resonance imaging that allows doctors to measure the actual rate of blood flowing in arteries and veins.  The NOVA imaging test is performed in combination with a standard magnetic resonance angiogram, MRA, that gives a visual roadmap of the blood vessels.  NOVA adds a series of short scans of the cerebral vessels that each take less than a minute.  Using the NOVA software, imaging specialists plan the precise location to measure blood flow on a rotatable 3D Model of the patient’s circulation.  The approach is particularly useful in the brain, where the arteries are small and intricately winding through bone and soft tissue.

In a milestone study published in 2016 by the Journal of the American Medical Association Neurology, researchers reported that blood flow measurements from NOVA qMRA are a strong, independent predictor of stroke risk in vertebrobasilar disease, a condition which can cause one of the most dangerous types of ischemic stroke.  The degree of narrowing in a blood vessel has long been thought to be predictive of stroke risk, but this new evidence shows that functional information, the amount of blood flowing to the brain, is in fact, what is most predictive.  The study, called VERiTAS, demonstrated in vertebrobasilar disease the stroke risk is 5.5 times higher in patients who have low blood flow.

What to expect during a NOVA qMRA exam?

A NOVA qMRA is like any other MRI exam. The patient will be screened to make sure they do not have metallic implants or another reason they cannot have an MRI.

NOVA is a completely non-invasive test and does not require intravenous injection of a contrast agent. The test will be performed in two parts, the Time of Flight MRA and the individual vessels scans. It is important for the patient to lie still for the duration of the exam to maintain the reference to the 3D roadmap.

Annotated map of the cerebral arteries with volumetric flow rate and direction of flow (green/yellow arrows). 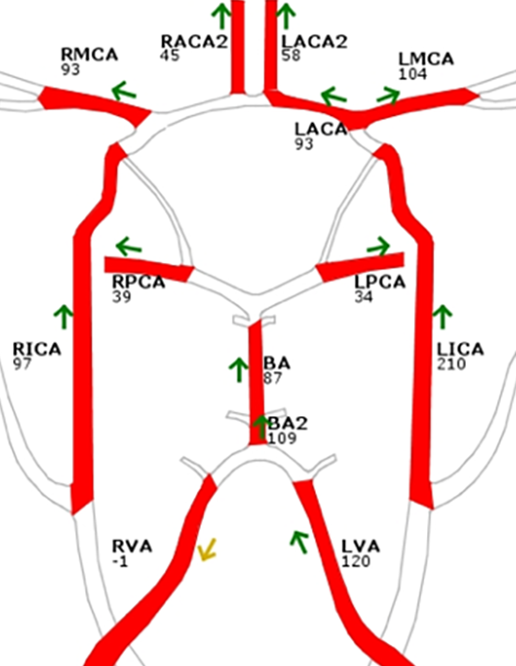 Flow Waveform and 3D snapshot for each vessel. 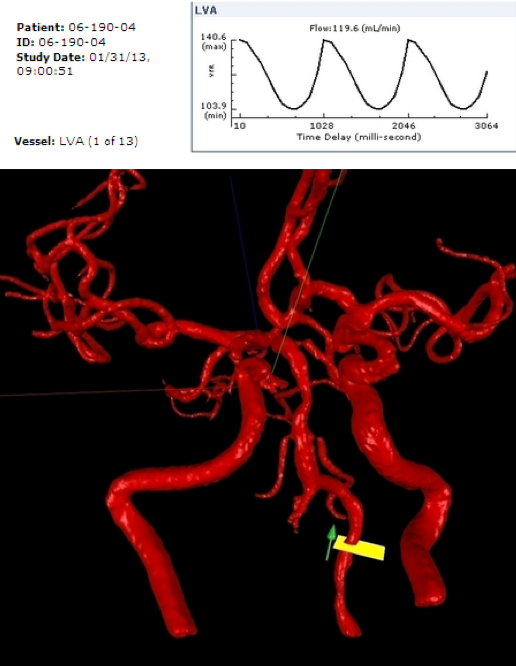 Where Can I go for a NOVA study? 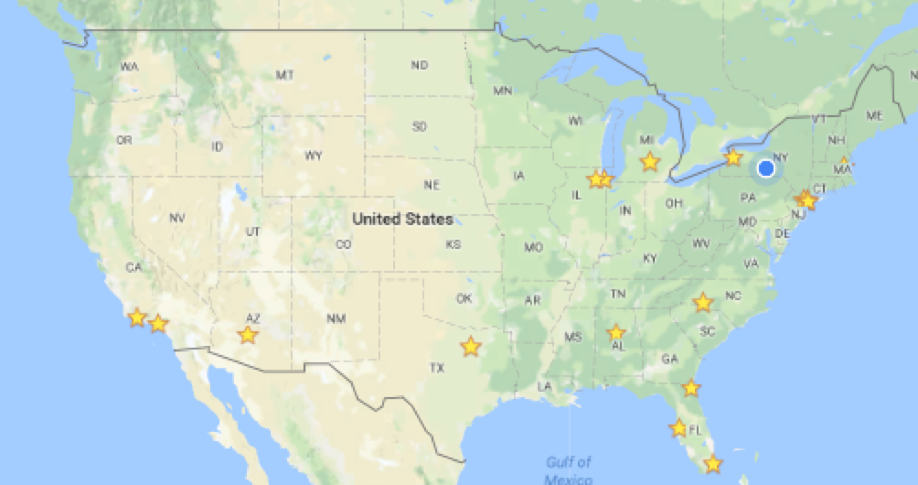 For what conditions is a NOVA qMRA Exam Ordered?

NOVA qMRA provides a quantitative measure of blood flow in the major cerebral vessels for patients at risk of stroke from a range of cerebrovascular disease states. These include high risk conditions with multiple treatment decision points, encompassing medical therapy and complex interventions. NOVA qMRA supports clinical decision making and better outcomes, helping to ensure that patients receive the most appropriate treatment for their condition. This helps patients avoid unnecessary interventions along with the greater risk of complications and higher healthcare costs.